Poop and your Weight…

Researchers are hard at work trying to uncover the biological secrets hidden in the microbiome, and for good reason: the trillions of bacteria that live in and on us play a role in illness and health, and scientists are getting a better idea of why. So poop and your weight have a tight relationship…

The bugs we live with have been linked to everything from acne to asthma to cholesterol levels.

In recent years, scientists have also found that certain bugs in the gut, which contribute to digestion and immune function, are linked with overweight and obesity. (Even more astounding: animal studies found that transplanting feces from obese mice into normal weight mice made them heavier.

The opposite was also true.) In humans studies, researchers have found that more diverse communities of bacteria are linked to having a normal weight, while fewer types of bugs were connected to overweight and obesity, though those results were a little uneven.

Part of the problem, says Michelle Beaumont, a research associate at the department of twin research at Kings College, is that while BMI measures weight, it can’t tell whether that weight is from lean muscle or fat tissue.

So for a new study published Sunday in the journal Genome Biology, she and her colleagues decided to investigate more closely exactly how the microbiomes affect body fat, rather than just weight. 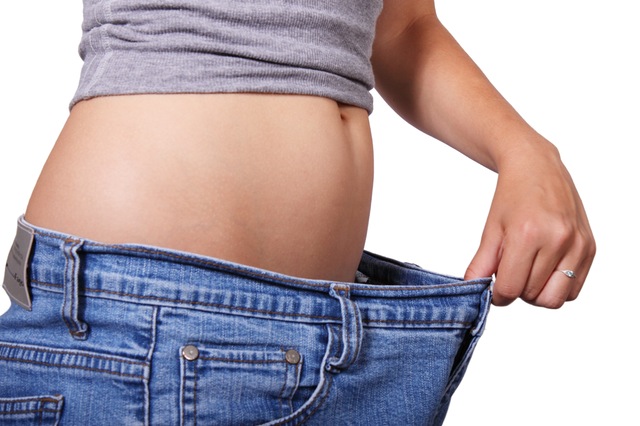 They analyzed stool samples from more than 1,300 twins as well as analyses of X-ray-based measurements of body fat throughout the body.

The measurement was able to distinguish between visceral fat, which tends to embed within organs and can raise the risk of heart disease and metabolic conditions like diabetes, from so-called sub-cutaneous fat, which likes just underneath the skin and is considered to be less metabolically active.

They found that the more diverse their microbiomes, the less likely they were to be obese.

But even more importantly, Beaumont and her team found that the less diverse the microbiomes, the more likely the people were to have more visceral fat.

“The key thing we found in our work is that the associations with the microbiome are much stronger with visceral fat than with any other measure of obesity,” says Beaumont.

“And because visceral fat has a lot of implications for heart disease and metabolic diseases, maybe studies should start looking at the actual measurement of fat rather than measures that are as broad as BMI.”

While the study establishes a link between gut bugs and visceral fat, it’s not clear yet whether changing the makeup of the microbiome will have an effect on weight.

Other studies have found that fecal transplants can control rates of infection with C. difficile, a common bacteria found in hospitals, but using gut bugs, either by transplanting feces or by using probiotics, to alter weight hasn’t been studied in enough detail yet in people to justify acting on results like Beaumont’s.

But they are an important first step in learning more about the factors that contribute to obesity and finding new ways to control them.

It’s best to get the correct labs done to find out if you do have the infections which could lead to health concerns.

Read these other Articles that could help your weight loss Goals:

Will Eating Too Many Nuts Make Me Put On Weight?

What Not to do for Weight Loss

3 thoughts on “Poop and your Weight…Does Your Digestion Effect Your Weight Loss?”